← Running in the dark
Soul of a Runner →

Party’s over, now the work begins 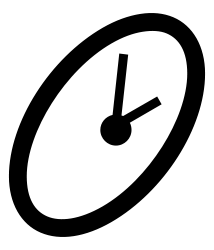 Now that the glow of the Team in Training kick-off party is over, and I’ve gotten my first practice out of the way, it’s down to simply doing the work. Probably because I am such a social creature, I look forward to the group practices and I pretty faithfully attend every Tuesday evening and Saturday morning practice session. It’s all the runs I have to do on my own that are trickier. I am actually the queen of procrastination and come up with any number of reasons that it makes more sense to delay my practice to lunchtime, then after work, and oh, maybe let’s just skip today (I only have to run 5 days a week and I take every loophole I can in regards to making that math work out).  Before TNT, when I was training for half-marathons on my own, I told myself every weekend that I would do my long runs on Saturdays. Near as I can tell, that never happened. I always, 100% of the time, delayed until Sunday. And here was my typical Sunday thought process – I can’t run in the morning because I just had breakfast; oh now I’m hungry and I can’t do a long run on an empty stomach, so now I have to have lunch.  I’ll just watch this movie first then I’ll go… I would delay and dilly-dally until it was literally as late as I could get away with leaving and still finish my run before dark (and I pushed that so far that I often returned to the trail-head in deep dusk). It’s almost a miracle that I was actually able to complete my training and run in two half-marathons. I suppose it’s a testament to my stubborn nature.

The structure TNT provides is a huge help, but my procrastinating ways are still in full force on those days I am left to my own devices.  I had coffee with a friend at a nearby coffee shop this morning and as I was walking home the inner dialogue started. It was almost lunchtime, so maybe I should have lunch first (never mind the huge, late breakfast I had that morning). I stopped myself and decided to go home and simply change into my running gear, then I could weigh my options. Of course, once I put on my running shoes and leggings, I just sucked it up and got out on the trail. Now lest you think I have turned over a whole new leaf, while on my run I started debating with myself about whether or not I should do a run on Monday (here’s where that 5 day math comes into play).

No one held a gun to my head and forced me to keep signing up for these races. And I love the races – the excitement of the day, the sense of accomplishment. But that’s five months down the road. There really isn’t anything all that exciting about doing a 30 min easy recovery run on a cold and dreary Sunday afternoon. On the other hand, there really isn’t anything all that painful about it either. So why do I procrastinate almost to the point of absurdity?

I went to the source of all wisdom and knowledge…the internet. A search of “why do people procrastinate” turns up a bunch of pscyhology-based content that describes people who are afraid of success, unable to make decisions, or are uninspired by their goals. Well, I was pretty clear on my decision to sign up for the race in the first place, and running a half-marathon is in fact a very inspiring goal for me. I supposed I could buy fear of success if this weren’t my 4th half-marathon. I am already quite confident in my ability to succeed. I found another series of links for ‘Temporal discounting.’ This is a concept where our brains are warped by believing short-term rewards are more valuable than medium-term rewards. (In other words, I’m going to be happier by watching a movie now than I will by running 13.1 miles in 5 months  – which requires I run 3 miles today). That may be closer to my situation, but considering I always feel so much better when I do go for that run (i.e., it provides a short-term reward), the internet may just be a bunch of bunk.

I think the truth is that the time in between the kick-off and the finish line is work. It’s not painful or unbearable work and it’s a choice I’ve made for myself, but these weekly training runs are just something that needs to be done. Fundamentally, I know if I don’t do the work I won’t make it to the finish line and that is not an acceptable outcome for me. I ran today. I may or may not run tomorrow, but rest assured I will run five times between now and next Sunday.