If You Write Something on the Internet, People May Read It (But that doesn’t mean they’ll like it) 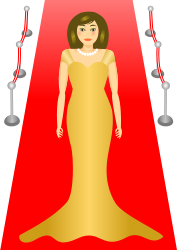 I will confess when I started blogging I had plenty of moments where I dreamed of reaching the level of fame of bloggers such as Jenny Lawson of TheBloggess.com, where actors would climb all over each other to send me pictures of themselves with kitchen utensils (keep scrolling to see the pics). Or maybe I would be like Julie Powell, who blogged about Julia Child and then they made a movie out of it starring Meryl Streep. And, in my dreams, my zillions of followers would hang on my every word and shower me with accolades (hey, I said it was a dream).

I am hardly a prolific blogger. I wrote my first post in July 2010 and did not write another one until January 2011, but maintained a respectable 2-3 posts per month on average throughout that year. Prior to February 27 of this year, I was lucky if I had 30 people viewing any of my posts. I usually had no comments and those I did get were usually from my parents (thanks, Dad!). I wrote what I thought was an innocuous post that day about visiting churches. So, you can imagine my surprise when I checked my stats on March 8 and found over 7,000 people had viewed the post!  And comments started rolling in. The next day over 16,000 peopled had viewed the post and by the end of this weekend over 36,000 people had viewed the post and it had 112 comments.

While hardly an internet explosion (I was never “trending” anywhere and I’m still waiting for those ‘theoretical internet dollars’ to show up…); for my small-time blog, it was pretty mind blowing. I think I was particularly surprised because it was the last thing I expected to go viral. It was not my most personal post, not the most controversial, and it wasn’t even a particularly spiritual post even though the subject was on church membership. It was in an easy to share, bulleted list, and clearly it did touch on a nerve of mainline churches grappling with bringing new members into their communities. My best guess is that it became one of those “someone told 2 people, who told 2 other people, who each told more people” which ultimately spread to 36,000 people. But, honestly, I have no idea how this thing took off like it did. I think that is one of the mysteries of social media – you just never know when you are going to hit one out of the park.

It was watching the comments roll in where I became less certain of how wonderful it was to write something even modestly popular. By and large, the majority of the comments were very positive and I am incredibly humbled and grateful that what I shared was of use to others. Of course there were some naysayers, one who said I was “extremely self centered” and another who said my tone was “obnoxious.” I have tried to keep all the comments in perspective, but it has honestly been hard to have my motives challenged so vocally. I know intellectually that these people don’t know me, but still that stings a little on the inside. What I wrote was a very practical view, in my opinion, on visiting a church. I did not say anything about the spiritual journey of discerning which faith community to join. It’s possible I have been self centered, but how could anyone know that from what I wrote?  In fact, those 36,000 readers do not know anything about me at all. Out of that number, barely any of them looked at anything else on my blog. Only 374 even stopped to look at my “About” page, and an even smaller number read the posts I have written since then.

And I should point out that any number of the commenters came to my defense and argued with the naysayers, but at this point I noticed that the conversation was about me, not with me. It’s as if the comments took on a life of their own. My CEO, Kevin O’Keefe (a respected blogger in the legal community, and the person who got me into blogging in the first place) told me that I had created a community on that post and they now drove the dialog. Well, I gotta say, that’s a weird experience.  I contemplated jumping into the fray and offering my own opinions, but I didn’t really see the point of trying to defend myself to people who don’t even know me. The people I do know and care about have been very supportive of my writing and they know the deeper meaning behind my words. As I told a couple of friends, the sincere compliments I have received from the people I know and respect have been the most meaningful for me.

So, what do I do with all this?  I actually got some clarity in a post on a lawyer’s blog I read today (I read a lot of legal blogs for my job). Not really where I expected to find solace, but God does indeed work in mysterious ways…  From the wisdom of Scott Greenfield who writes Simple Justice: A New York Criminal Defense blog in his post, Credit Where Due:

Just because you have a keyboard and an internet connection doesn’t mean your opinions are worthy of anyone else’s time and attention. Just because you breath doesn’t mean you exist. At least not to anyone else. No law, no call for civility, no heart-felt plea, is going to make you suddenly fascinating to the rest of the internet, so much so that you will be loved, admired and win every argument you decide to start.

On the internet, we’re all bullies. None of us, truth be told, loves humanity that much that we become best friends with everyone who twits at us, comments on our blawg, Facebook friends us or plusses our Google. We need to grow up and get over this.

We all pick and choose. Sometimes, we don’t choose you. And no one makes you choose me etiher. It’s not a crime.

His post is about anonymity and freedom of speech in the digital medium (and for lawyers specifically), but his comments resonated for me nonetheless. Writing this post did not make me any more or less fascinating than I already was and when I put my words out into the ether that is the internet, people have the right to feel, think, and say whatever they feel and think. Ironically, it’s actually not really any of my business to second guess their comments, bad or good, any more than I wanted anyone to second guess my motives. Or, as my old boss and mentor, Elaine, used to say to me, “what anyone else thinks of you is none of your business.” The experience was not what I expected, but those expectations were based on my wishful thinking, not on the reality of the situation and it’s time for me to put on my big girl pants and move on. 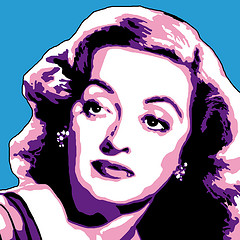 I follow Seth Godin’s Blog and sometimes I agree with him, sometimes I don’t, but I couldn’t really argue much with his recent post on Talker’s block. The basic premise of the article is captured in the first two sentences:

No one ever gets talker’s block. No one wakes up in the morning, discovers he has nothing to say and sits quietly, for days or weeks, until the muse hits, until the moment is right, until all the craziness in his life has died down.

Seth maintains that because talking all the time is a habit and a regular occurrence, so we get good at it through all that practice, and we also don’t worry so much about it coming back to haunt us. So he says the cure for writer’s block is to practice-practice-practice and aim at being better, not being perfect:

As fate would have it (maybe there is a muse afterall??), I also happen to be reading Roger Ebert’s book, Life Itself. I highlighted a phrase from the book where Roger receives some writing advice in the beginning of his career as a reporter:

One, don’t wait for inspiration, just start the damned thing. Two, once you begin, keep on until the end.

I have been thinking about coming back to this blog for quite a while now, and have also thought up a couple of good post ideas, but never managed to actually do anything with all that great thinking. It amazes me how often what I need to get going again, on whatever it is I’m procrastinating about at the moment, is often SHOUTING at me if I only open my eyes and ears and pay attention. Clearly, the message I needed to hear was ‘just shut-up and write in your blog already.” So, here I am back in the saddle writing and trying to do my best to suck less.

For those of you willing to go along for the ride – in the immortal words of Bette Davis, “Fasten your seatbelts, it’s going to be a bumpy night!”

I learned today that someone close to me is going through a very difficult personal situation. I had absolutely no idea she was having such a hard time and had been for such a long time. We live across the country and although we don’t talk often, I was lured into the false sense of security that I was keeping tabs on her via Facebook. I know some people post every little bit of their lives on Facebook including all the darkest facets, but I think for most of us those big ticket life situations are left off-line. Occasionally, you get clues something is awry when a relationship status mysteriously changes, or when the person goes into total radio silence, but more often even if you look closely you can’t see the pain on the other end of the connection. In this case there were no clues. Okay, maybe subtle ones if I go back through the posts with the lens of knowing when and what changed in her life, but nothing that would have told me at the time that I needed to reach out and offer my support.

Don’t get me wrong, I am a die-hard fan of Facebook and I have certainly reconnected with people I never would have found any other way. And sometimes it does reveal things about some friends I did not know in real life – like political views or religious beliefs.

But at the end of the day, Facebook does not replace making real connections where you share your true joys and sorrows with each other. In short, Facebook doesn’t replace real life. Is there someone across the internet airwaves that you haven’t talked to in awhile? Just this once, maybe it’s time to pick up the phone instead of the mouse…