← Into the Lenten Wilderness
Running in the dark → 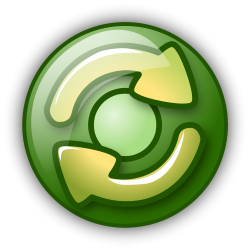 I was on the phone with a client this past week who also happens to be a runner. I asked her how her training was going and she said not very well, that she hadn’t been running and was going to have to basically start over. We chatted briefly about how the “re-start” seemed to be a fixture for most runners.

There are those for whom running has become an ingrained fixture in their lives and they couldn’t imagine going more than a day or two without running. If that’s you, I’m both happy for you and hate you a little. I am not one of those people. It’s one of the reasons I train with a group like Team in Training. The group keeps me accountable and focused on my next endurance event. But I will tell you after my feet cross the finish line five months from now, the only running I’ll want to do is towards the sofa.

The price I pay for half a year of laziness is that I have to start over from scratch every Jan/Feb when I get itching to do another endurance event.  Here in the middle of February my body has figured out that things have changed… It’s discovered that those first runs were not a fluke and my hibernating muscles are being rudely awoken from their slumber. And like waking a sleeping bear, they are not happy about it. Things ache, muscles get sore, I get sore, I get sleepy. I probably have another good 2-3 weeks before my body settles back into the routine and ‘remembers’ what it’s like to be a runner.

I suppose my running life would be easier if I kept it up year round, if even just in a maintenance program of light running in the ‘off’ season.  But there seems to be something equally important for me psychologically of not running. I love doing the Seattle Rock N Roll half marathon precisely because it’s held in late June and am able to ‘take the summer off’ and save the very best of Seattle summer weather for whatever fun stuff strikes my fancy. That often includes being active – riding bikes, kayaking, hiking. But it also includes cloud gazing, porch lounging, and lazy Saturdays spent reading. I love being a runner and no matter how many times I leave it behind, I’m always drawn back into it. And I also can’t imagine a life in which there is no room for cloud gazing, too. I wonder sometimes if this time away is also part of the draw. I miss running which is what prompts me to sign up each January. It’s hard to miss something if you don’t have a little time and space away from it.

And other obstacles get in the way of our best laid plans. A runner’s life is inevitably filled with injuries large or small that take us off our feet for periods of time. Never mind life in general with work, travel, illness, family, weather, holidays. It’s easy to say those are simply excuses, and sometimes they are, but other times we have a few too many balls in the air and something has to give, and sometimes that thing is running.

The good news is there is much to be said for starting anew. I look forward to starting my training, meeting new people, seeing old friends again. The fun I get from these re-starts reminds me that you can get back on the horse. I have re-started so many times that I know instinctively that a break from running is far from a permanent situation. Success in running, or in anything really, is not about how many times you stop or fail, it’s about making the choice to start again.

Fall down nine times, get up ten…  ~Japanese proverb